Is there a way to increase response limit when using Reverse Geocoding?

I managed to figure out how Reverse Geocoding works and It did grab the surrounding buildings of the location that I specify but it will only return a maximum of 10 nearest buildings within a 500m radius. Is there a way to increase this limit because there are buildings within that 500m that I would like to appear such as Shopping Malls and MRT stations. 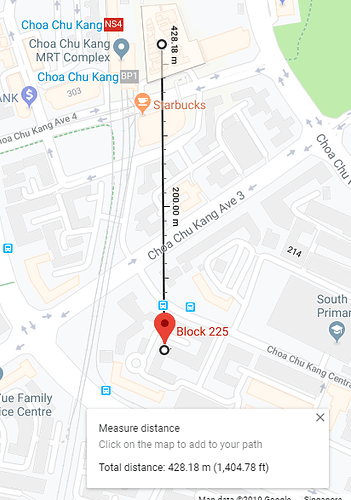 This picture shows the distance from that HDB block to the Shopping Mall is within 500m according to Google Maps. But when I put in my code, it only shows mostly other surrounding HDB blocks.

I think the issue is the limiting 10 response. If it were increased, maybe then the Shopping Mall and MRT will appear.

@Muhd_Naufal, Our results will only show Government data (non-commercial buildings) as per described in the API Documentation.